Recently a Friend of JaxWhirligigs asked could we make a Blue Flamingo…   Well my first thought was HUH…  There is no such thing.  BUT my wife Selene pointed out we had made a Pink and Lavender Penguin for someone already so why not a Blue Flamingo… *sigh* she was right of course. 😉

However I did think it could be possible, I guess, so I did some searches and surprisingly enough I found some references to Blue Flamingos in those searches…  Supposedly a Fauna Specialist discovered Blue Flamingos in the Galapagos Islands in 2012.  I also found one or two other mentions however they all used the same picture and my gut tells me this is a Flamingo Legend…But I will let you search and make up your own minds…

I can tell you that Blue Flamingos do exist, at least in JaxWhirligigs World 🙂

We have also added a Caribbean Flamingo which has an Orange tinge to it’s Pink as well as a more traditional Pink Flamingo.

Til next time,
Bob

The word whirligig derives from two middle English words: "whirlen" (to whirl) and "gigg" (top), or literally "to whirl a top"
JaxWhirligigs FAQ

Located on the Westside of Jacksonville, FL USA 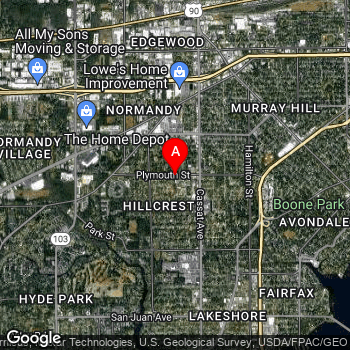 "Click Here To Get Your Site Hosted With FutureQuest"

Located on the Westside